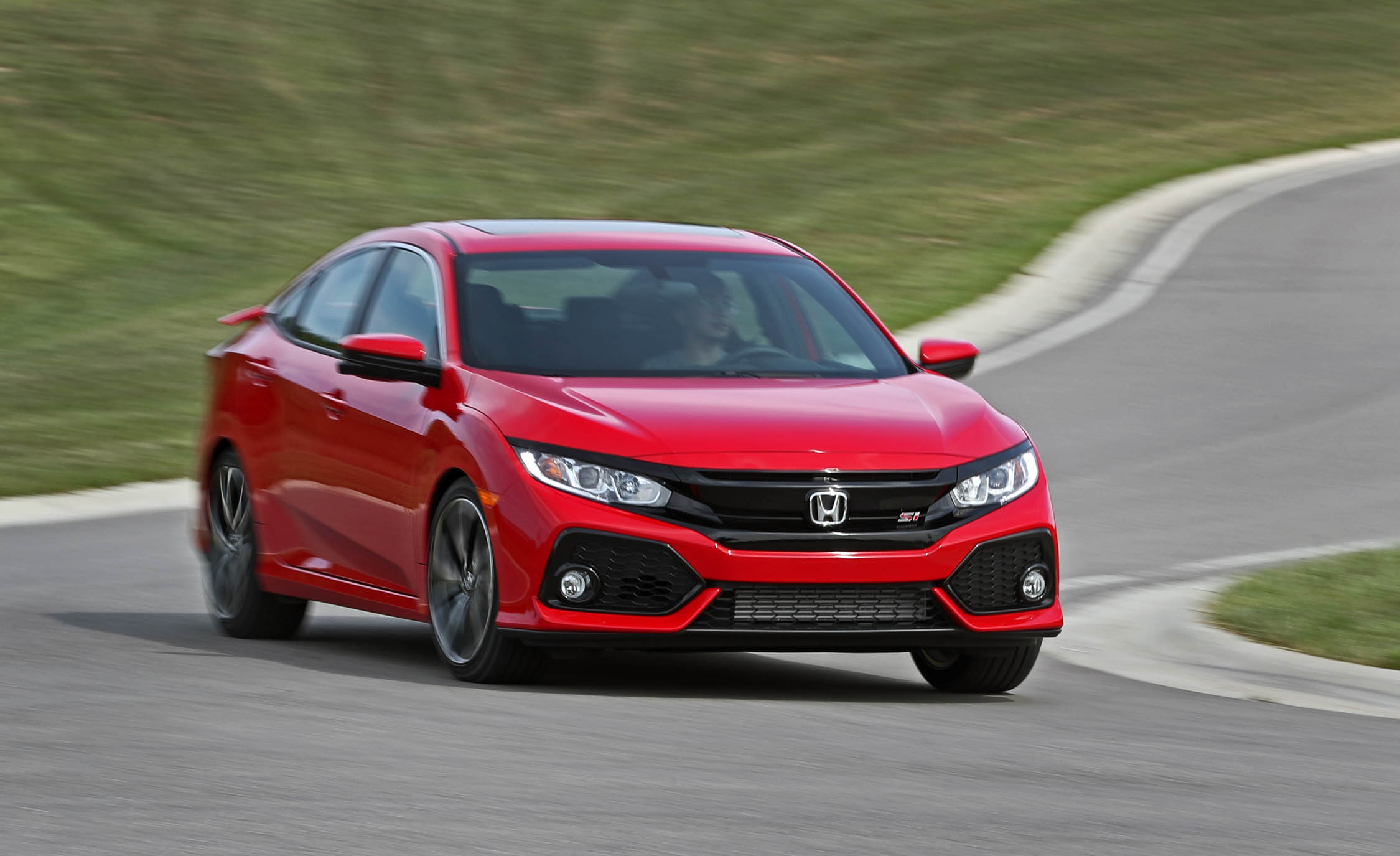 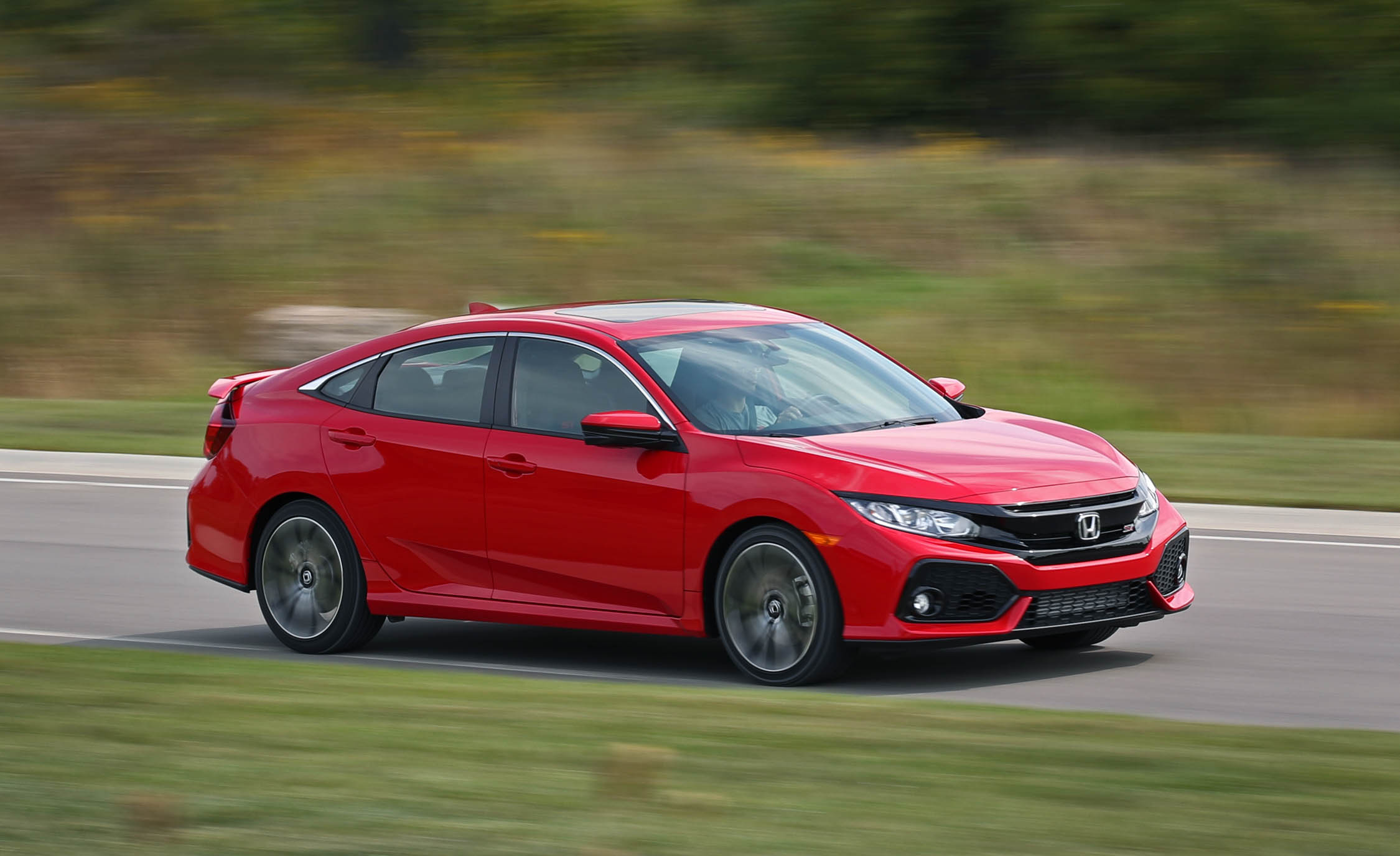 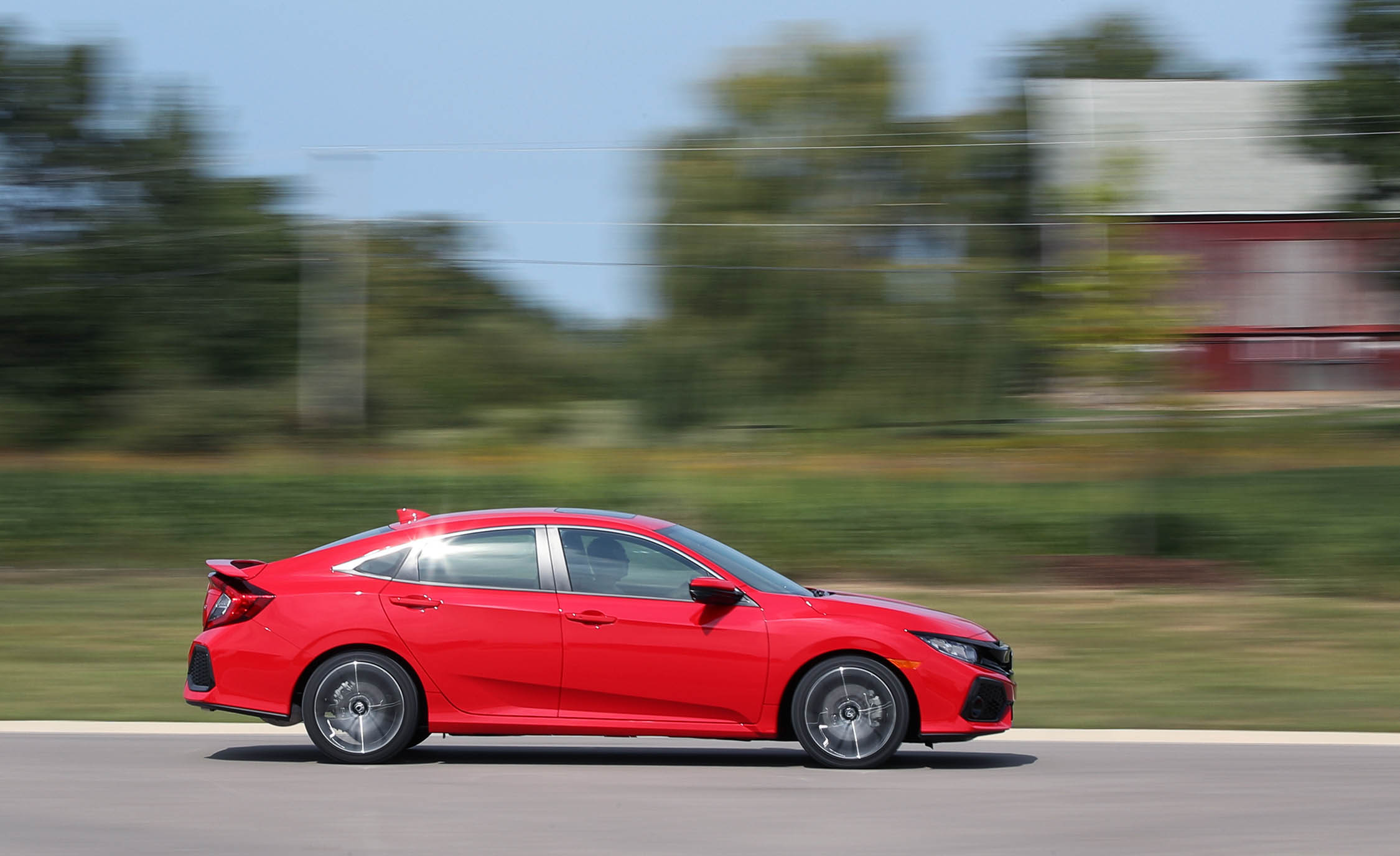 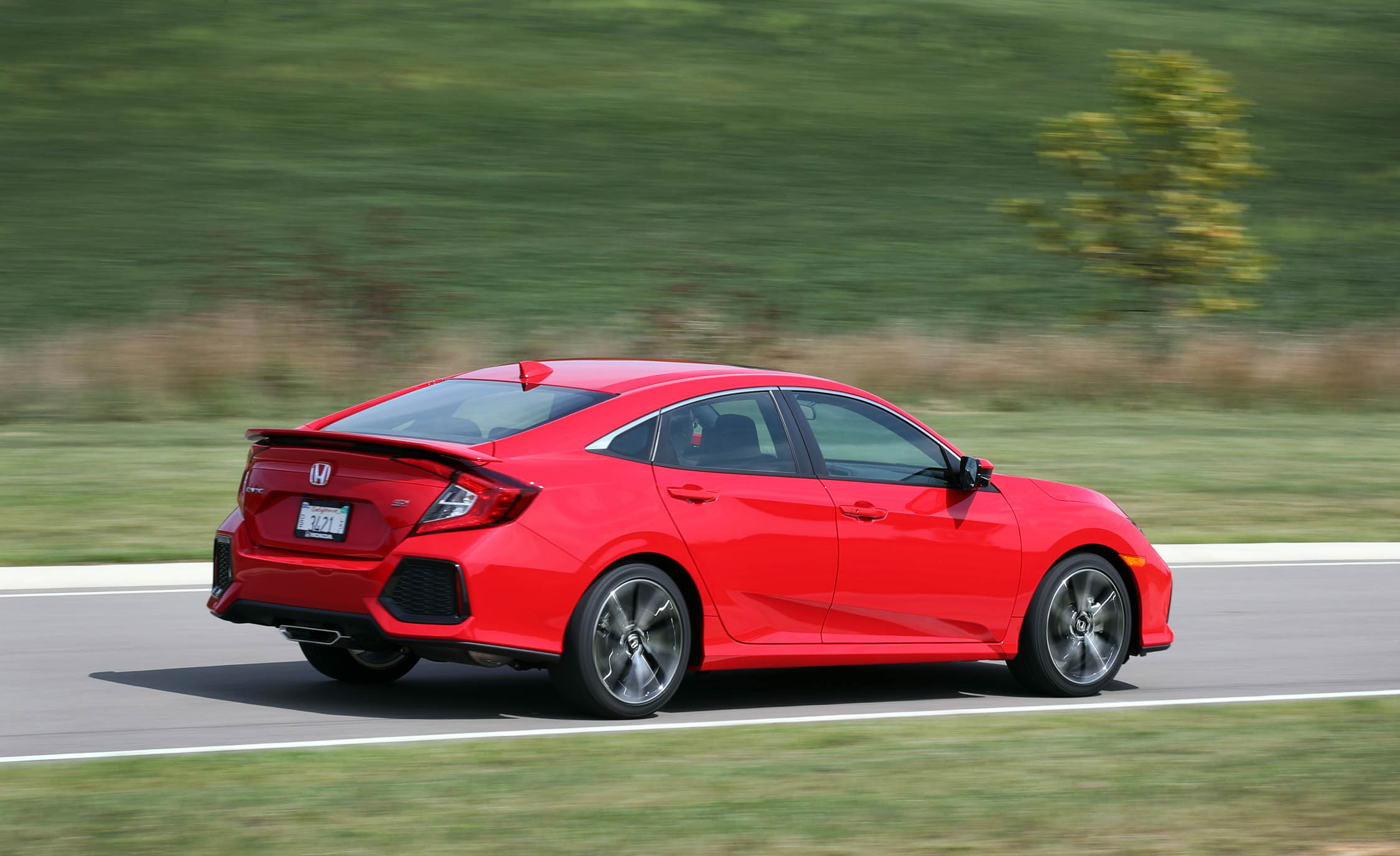 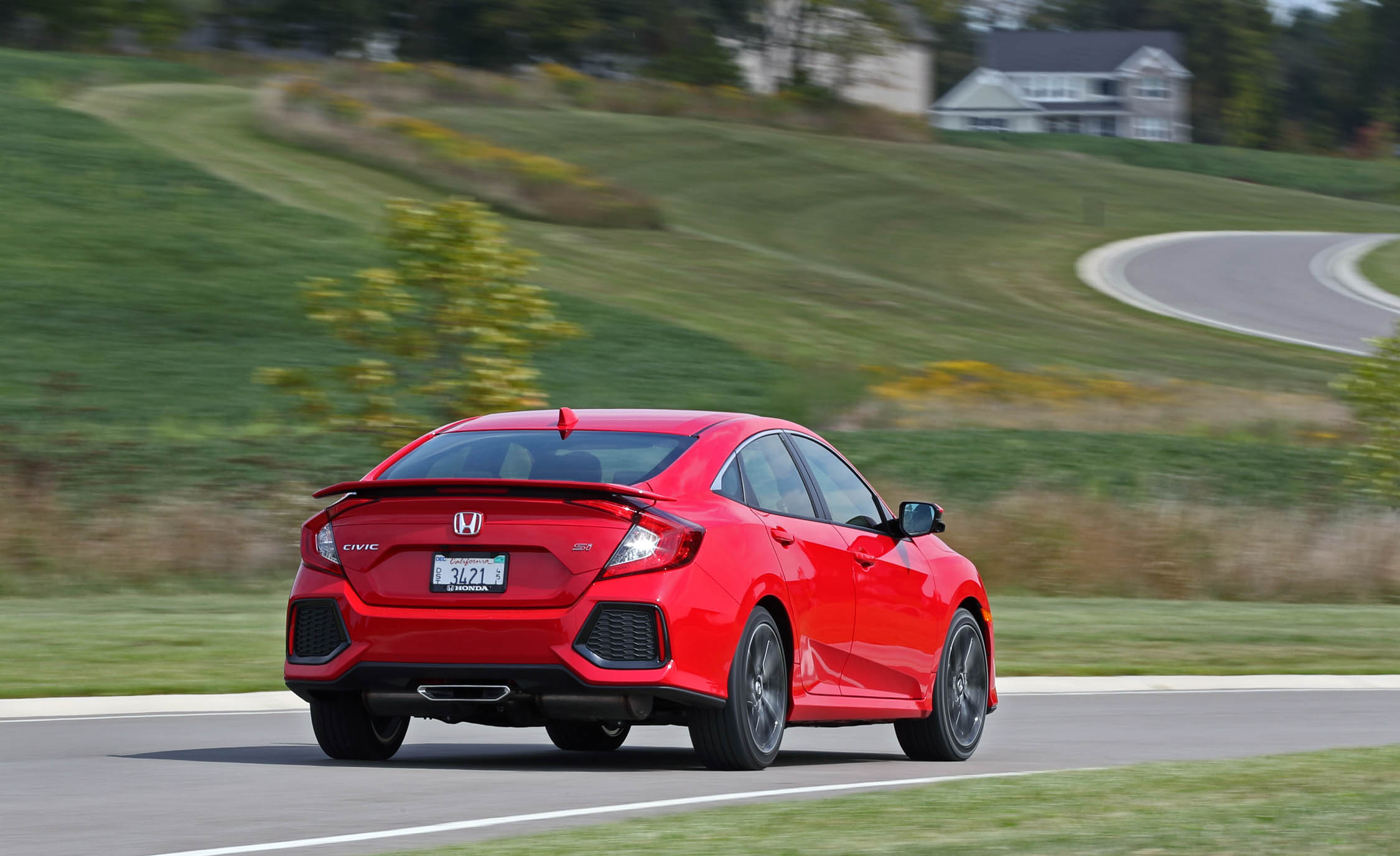 Predictably, the tires are more consequential, even more so than the Si's door count. So while this is our first test of the new four-door Civic Si, its rolling stock is the focus. With either two doors or four, every Si shares the same 205-hp turbocharged 1.5-liter inline-four, six-speed manual transmission, limited-slip front differential, electronically adjustable dampers, and one of the most satisfying-to-drive front-wheel-drive chassis on the market. Both the coupe and the sedan ride on a 106.3-inch wheelbase; the sedan is slightly longer overall, thanks to a larger rear overhang, but weighs only 32 pounds more on our scales. 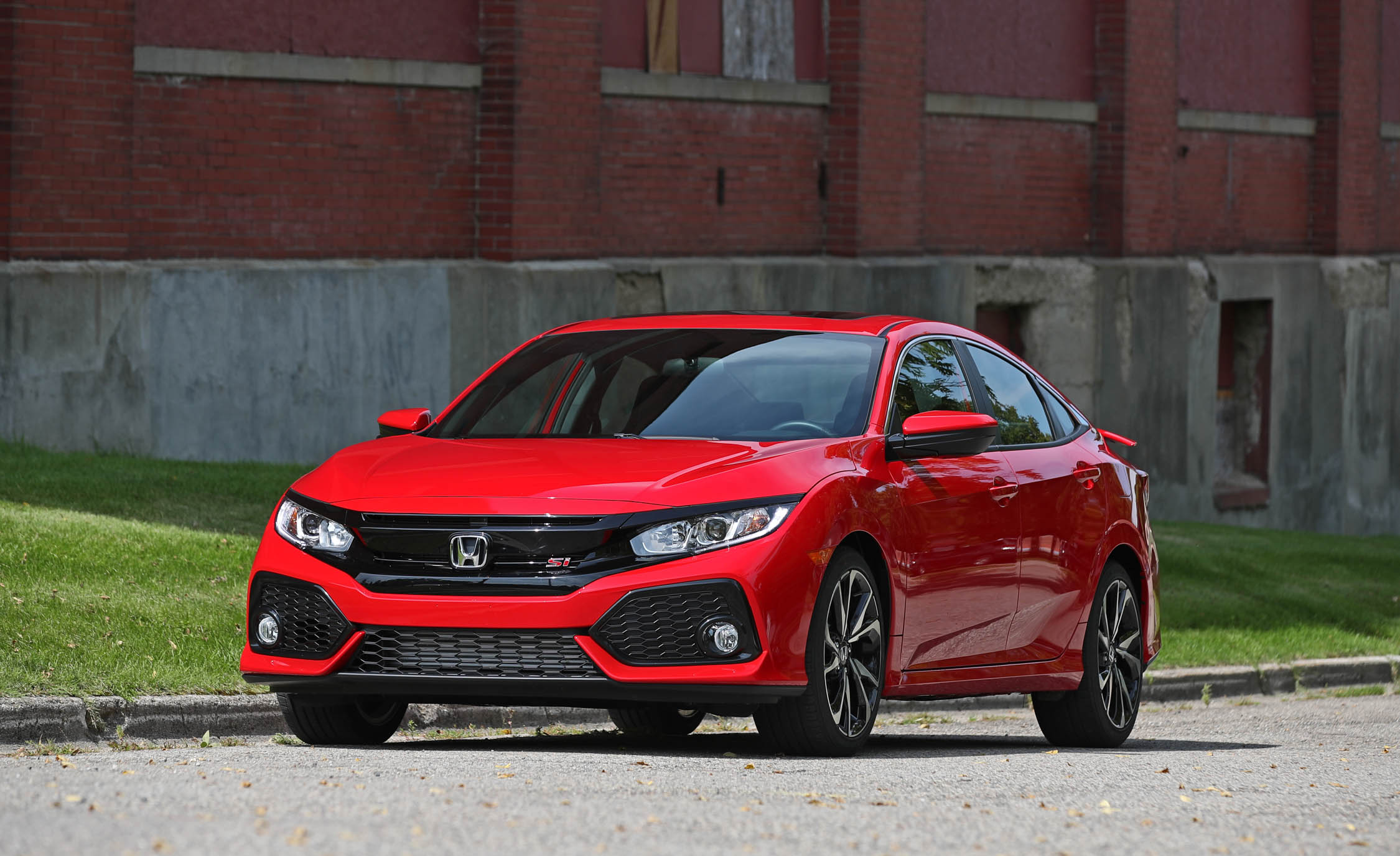 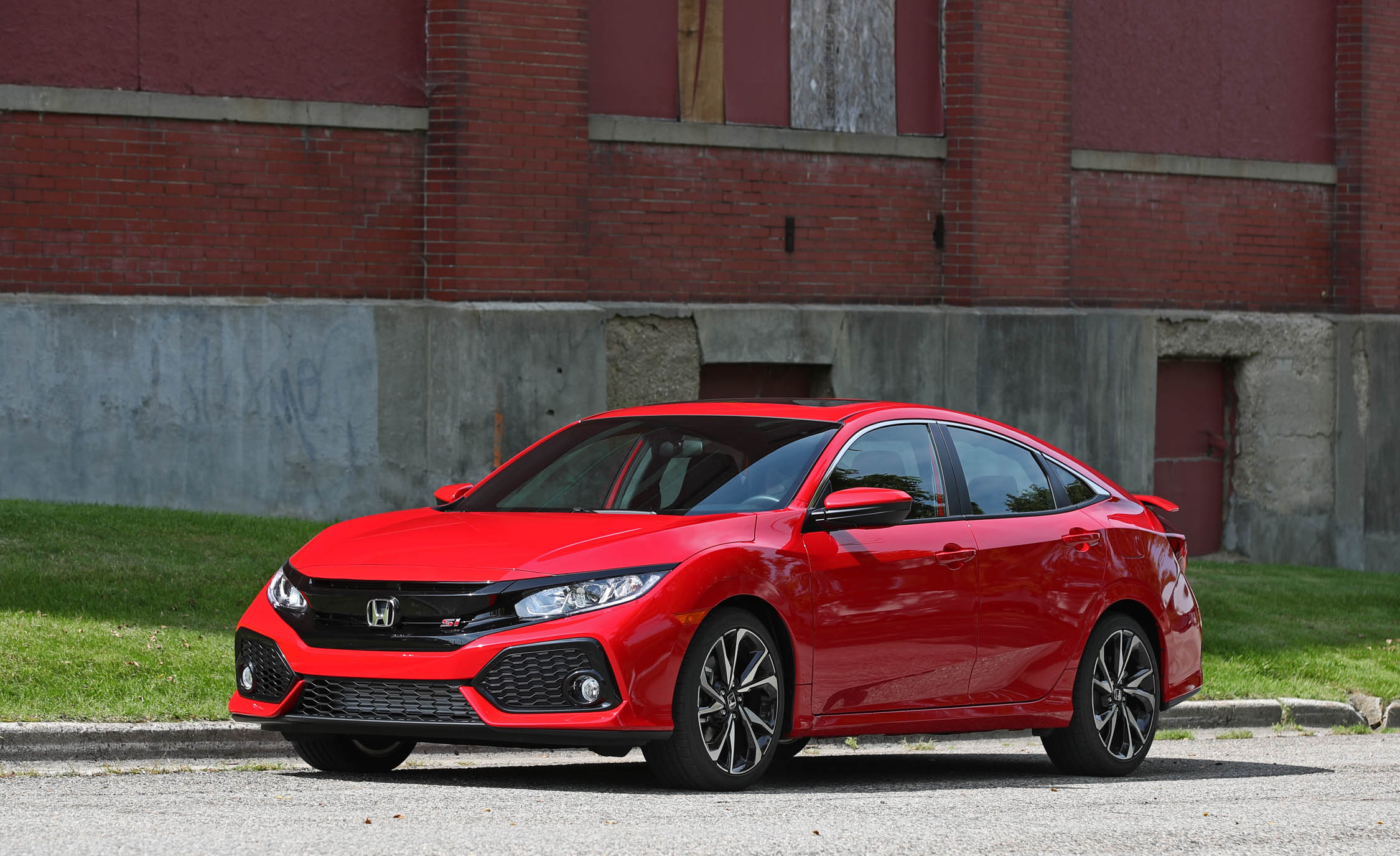 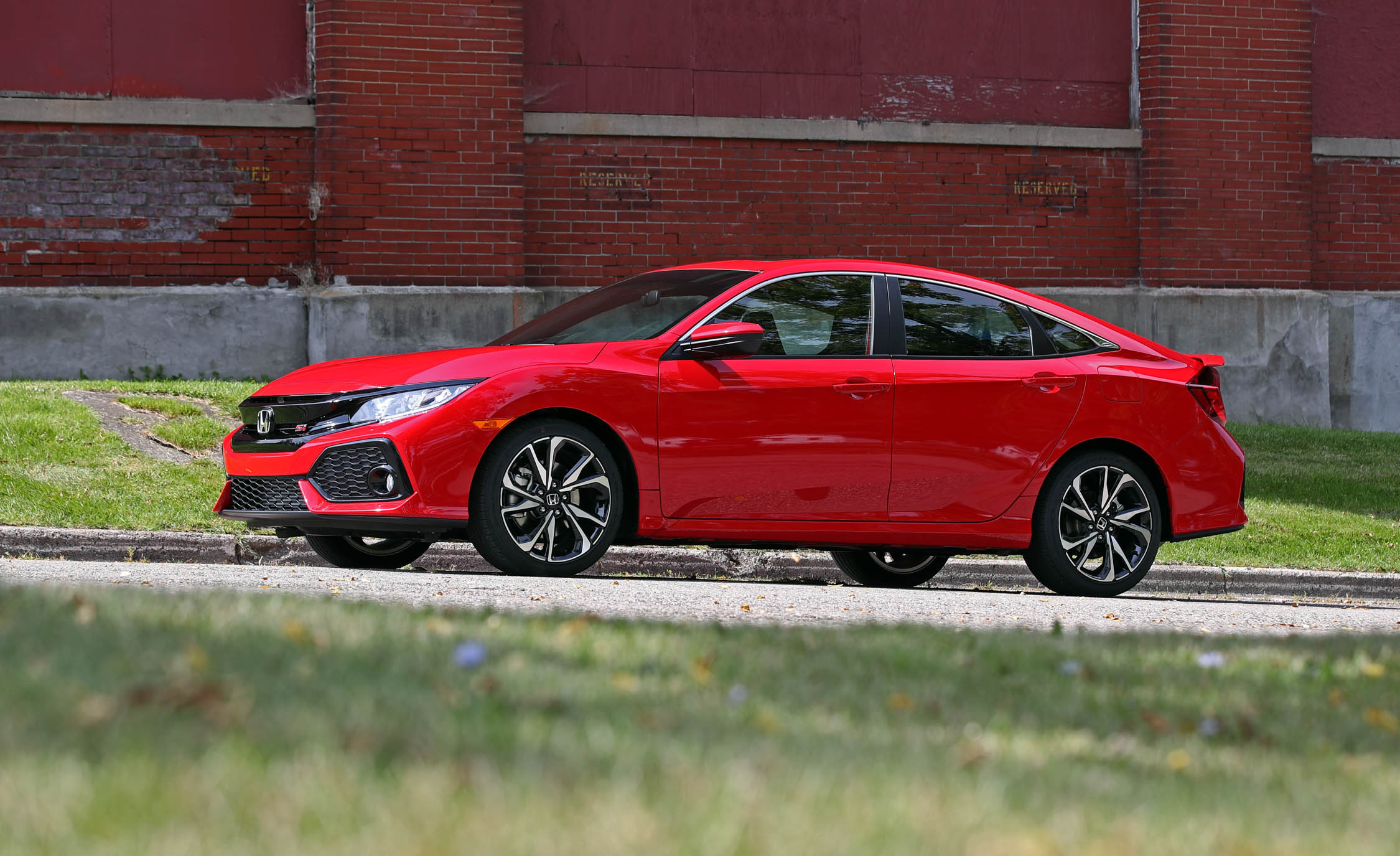 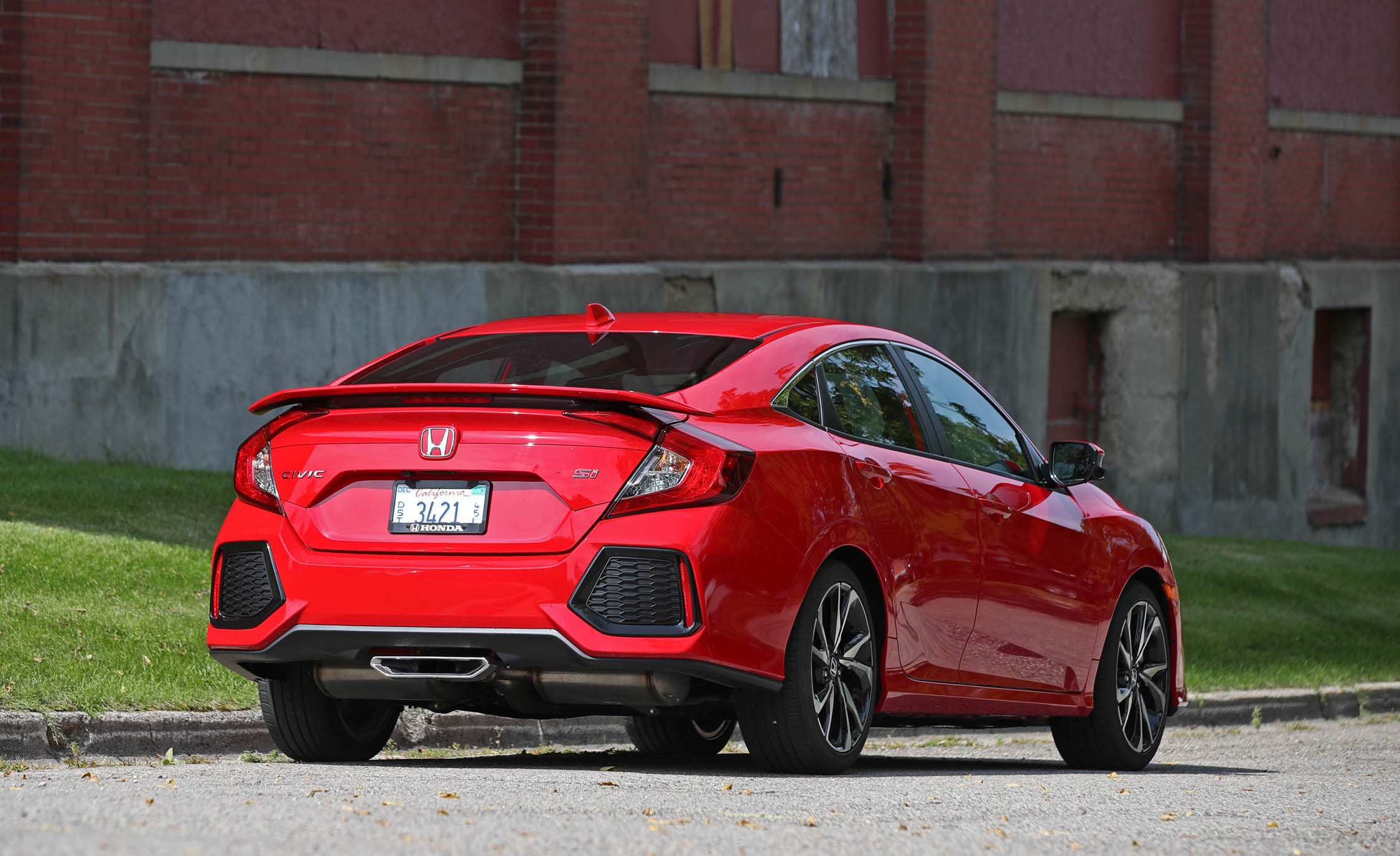 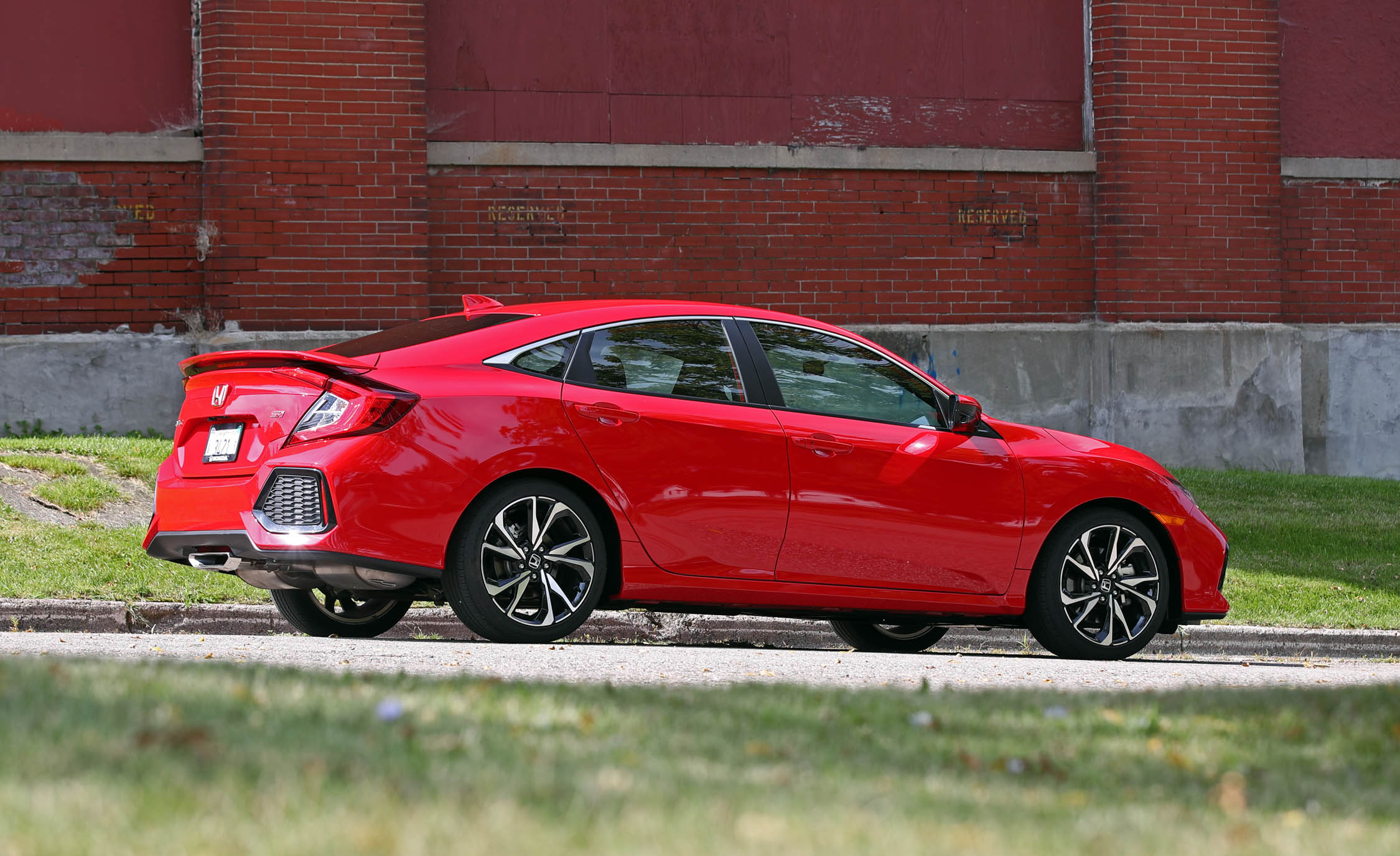 That leaves the tires as the cleaver that sets apart this Si's performance from the summer-tire-shod coupe we tested earlier this year. This less grippy sedan was a significant 0.4 second slower to 60 mph, managing a so-so 6.7-second run. We had trouble getting the front wheels to hook up during the launch, and the same deficit in adhesion stretched the car's stopping distance from 70 mph by 17 feet over the coupe's. Not surprisingly, skidpad grip plummeted from the two-door's stellar 0.97 g to a humbler 0.88 g. Ouch.

If you're expecting us to blather on about how Honda should make the summer tires standard equipment, cold-weather buyers be darned, not so fast. No question, the Asymmetric 2s unlock the Civic's full potential. Yet, we understand that not every buyer north of the Mason-Dixon line wants to invest in a second set of tires for the winter months-even at (or because of) the Si's affordable price point. Still others might not care for the summer rubber's slightly firmer reactions to road imperfections.

One interesting aspect of the all-seasons is that they're more playful than the summer tires. Instead of erasing the Civic Si's best handling behaviors, their lower limits make them available at slower road speeds. Hit your nearest highway cloverleaf with vigor and the all-seasons squeal louder and sooner than the Asymmetric 2s-yet the Si's wonderfully reactive chassis gives the driver more effortless command over which end of the car loosens its purchase on the pavement more. You can easily balance the Si through a corner with the throttle, adding some gas to push the nose wide or easing off to tuck it in, tightening its line. It's textbook front-drive technique, but the Si lectures like a tenured professor. 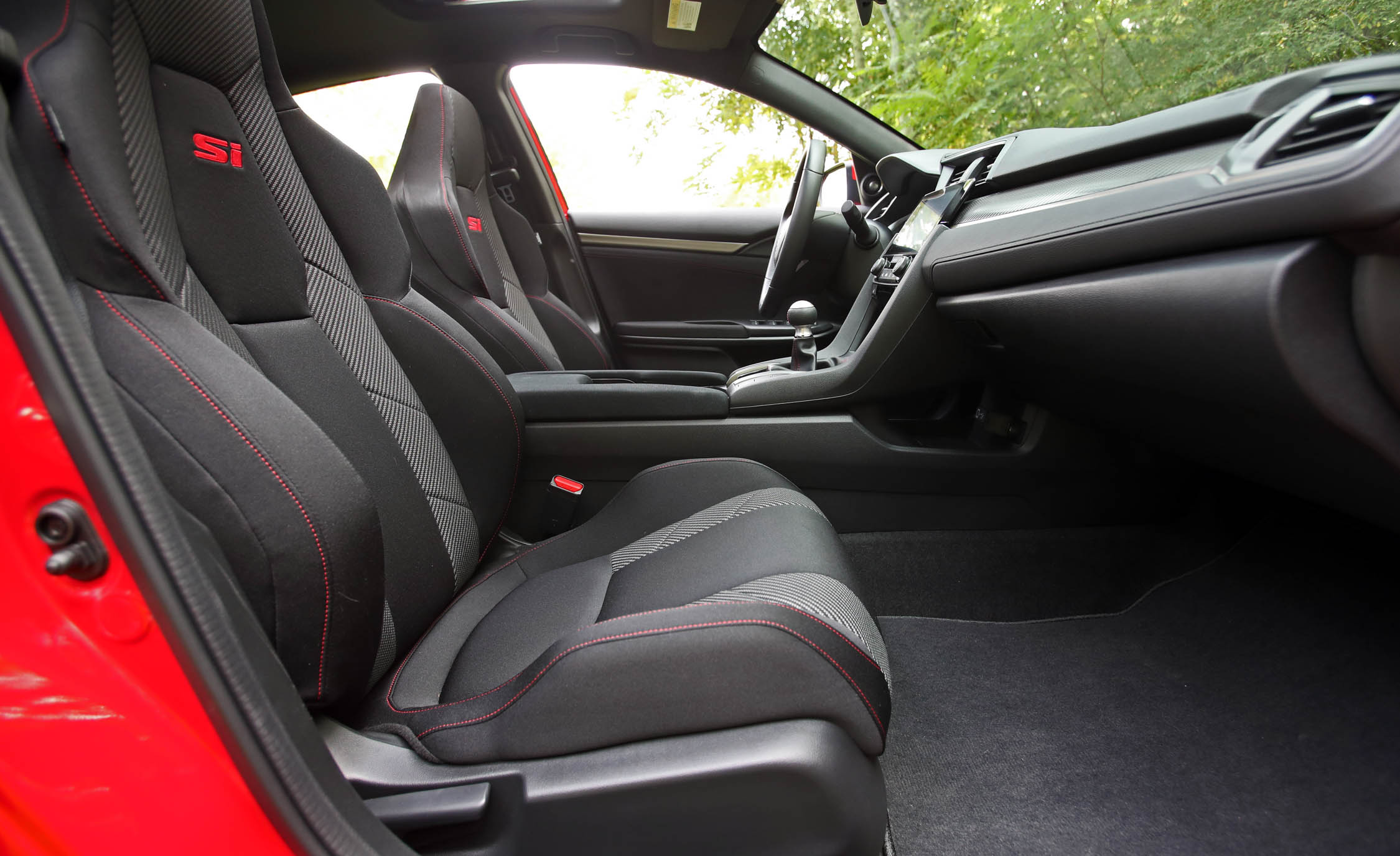 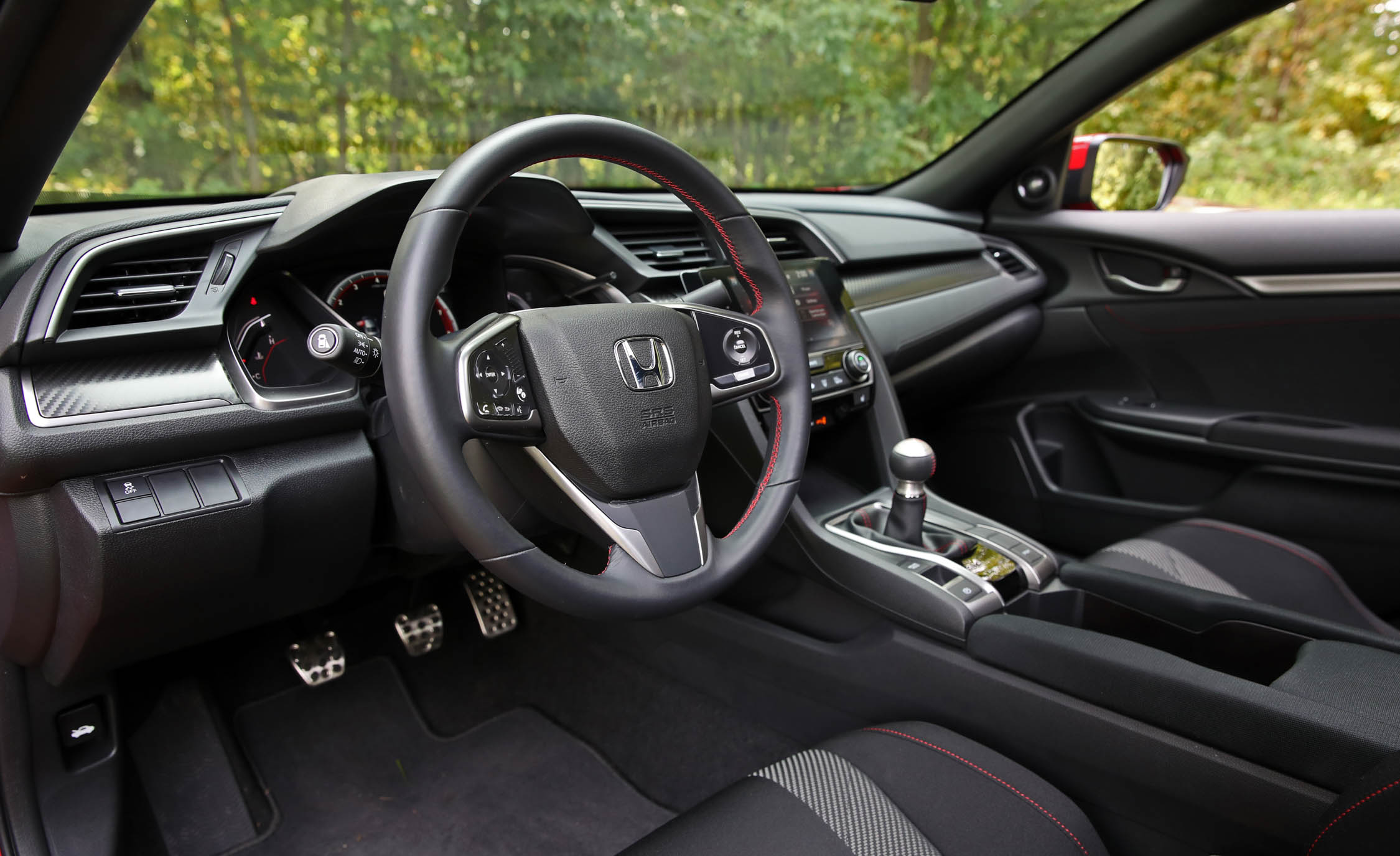 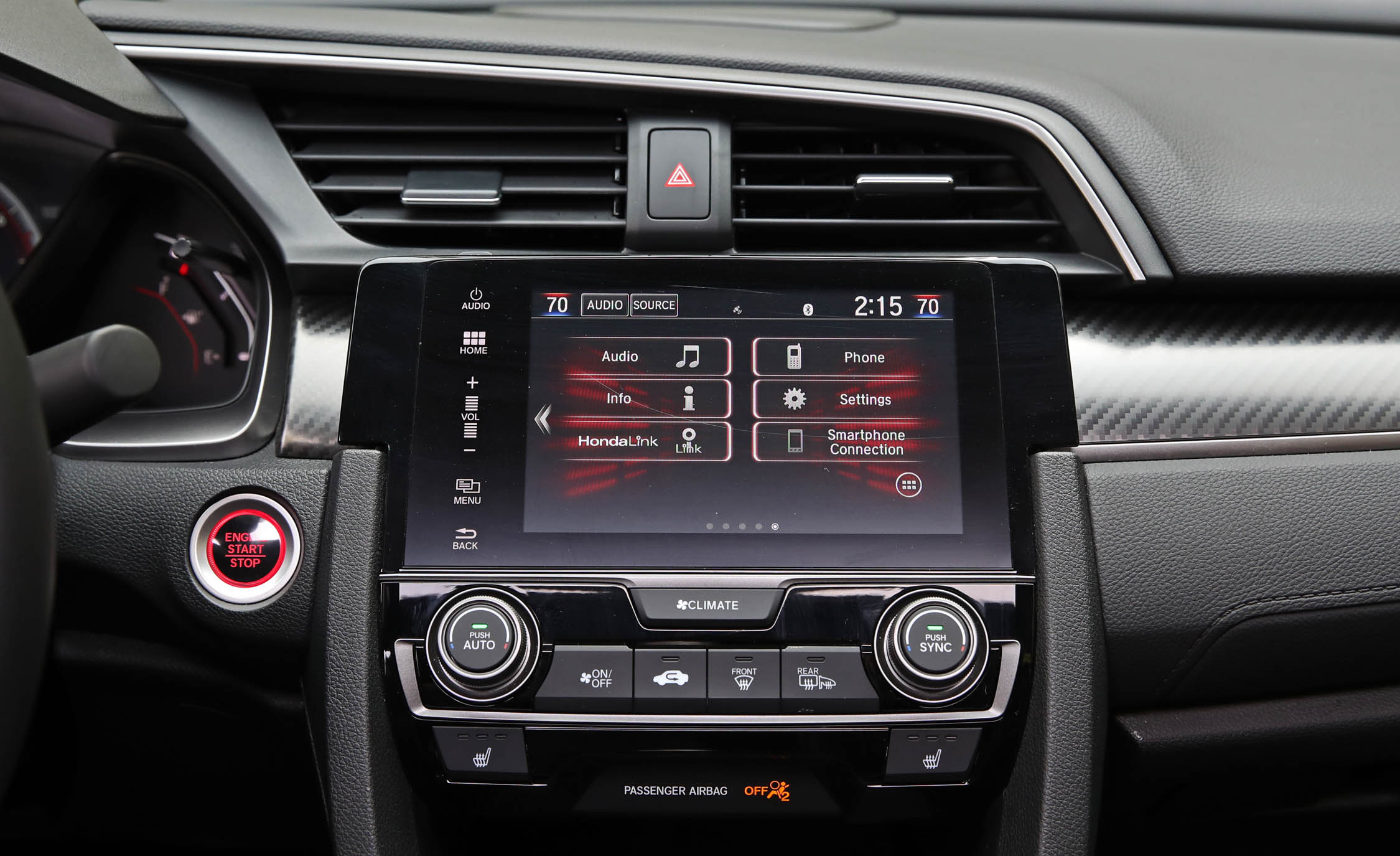 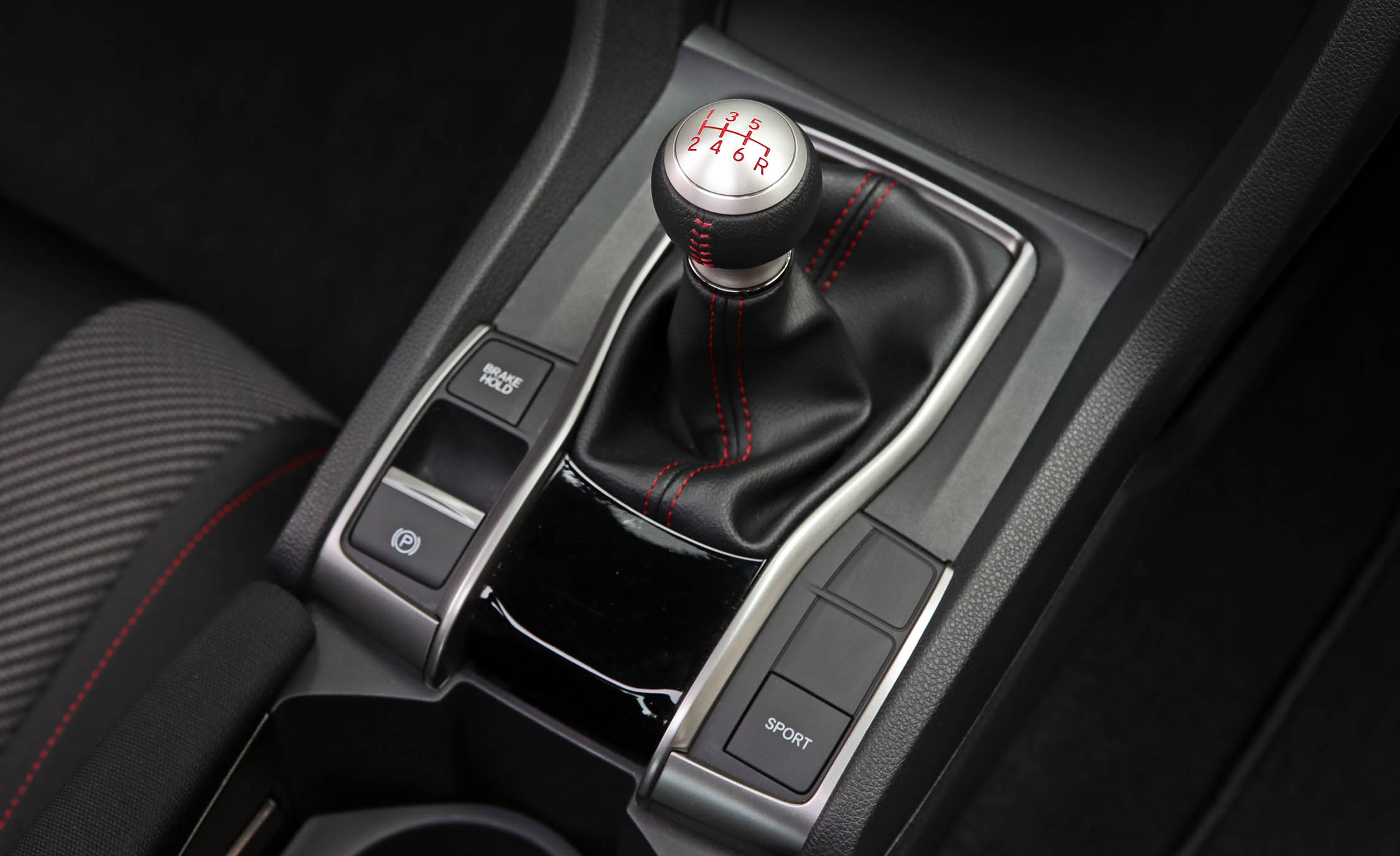 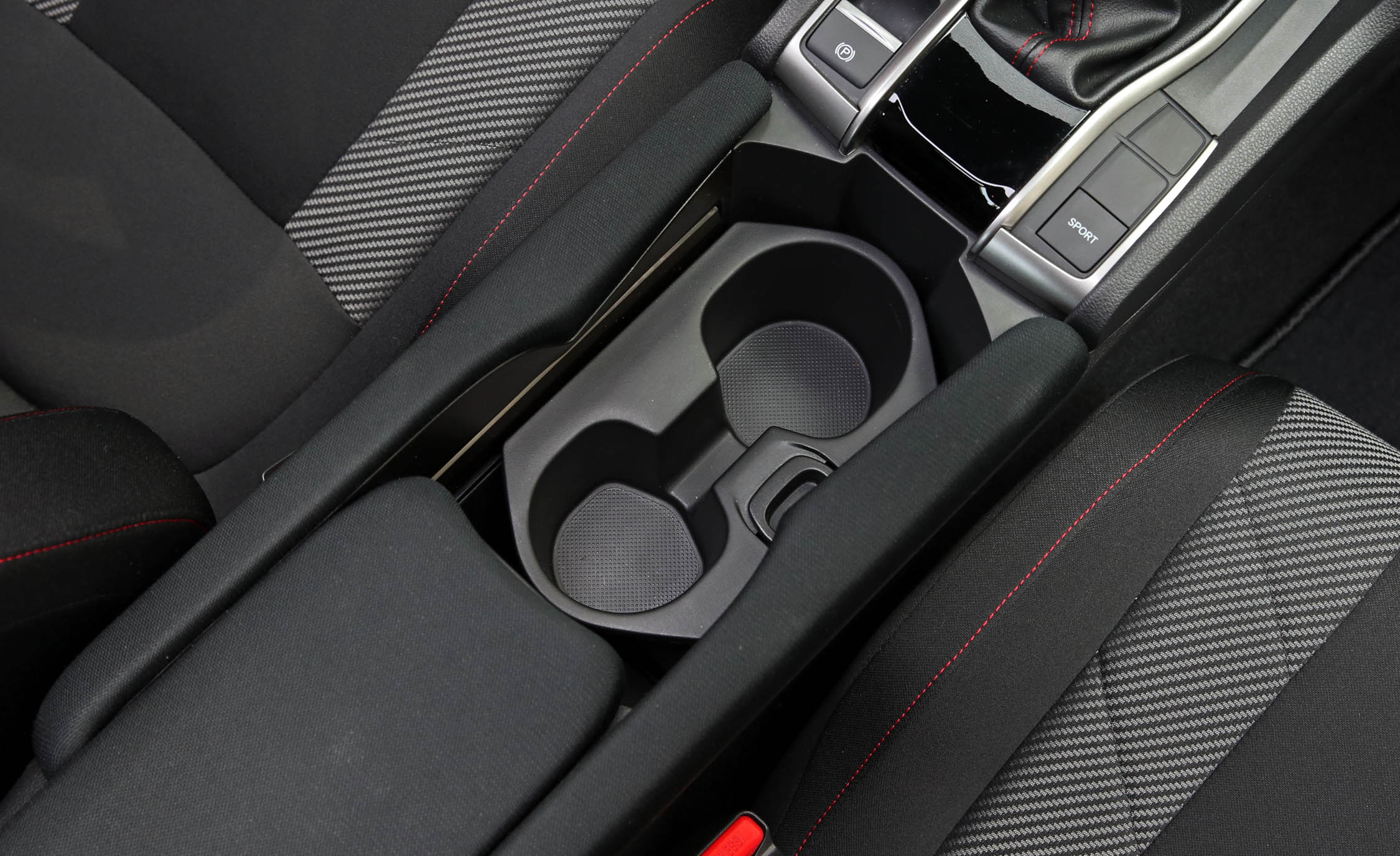 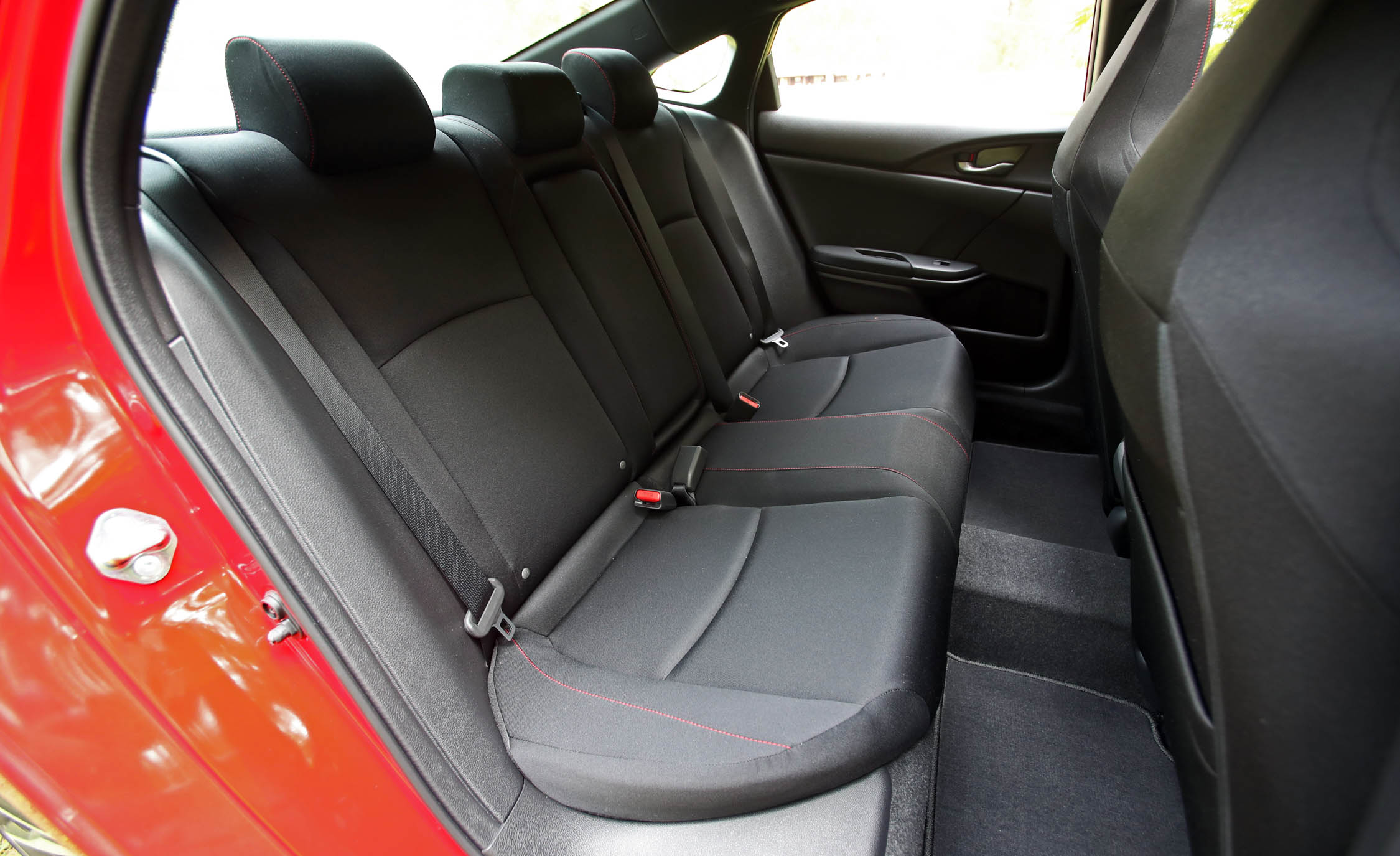 The rest of the Si package is unaffected by the chosen tire, which is to say it is excellent. The same suspension that's nearly capable of matching gravity with cornering grip is bafflingly comfortable, particularly in the Honda's default driving mode. Stab the Sport button on the center console, and the dampers firm up slightly, throttle response sharpens, and the computers subtract some power assist from the steering, requiring the driver to use more effort when making inputs. Other than the spicier throttle behavior, Sport mode seems superfluous, so good is the Si in its standard form.